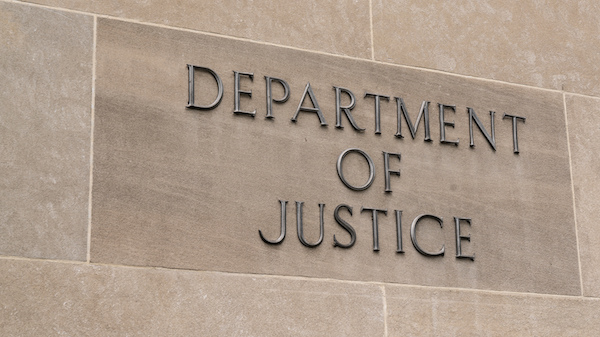 The Justice Department’s declaration that people recovering from opioid use disorder are legally protected under the Americans with Disabilities Act marks a critical step in lifting stigmas and encouraging them to seek treatment, addiction specialists say.

People recovering from opioid use disorder and not illegally using drugs are protected from health-care, employment, and other discrimination under DOJ guidance announced Tuesday. It’s part of a broader agency push to cut down on barriers for individuals in treatment and comes amid an all-time high for overdoses.

The DOJ’s guidance “doesn’t change the law but it does send a message that DOJ will enforce the law,” said Regina LaBelle, former acting director of the Biden administration’s Office of National Drug Control Policy.

The Obama administration’s ONDCP—where LaBelle was chief of staff—worked with the DOJ to put language in grant programs ensuring people weren’t required to stop taking their medication as a condition for participating in drug courts.

Now the stage is set for more people struggling with addiction to secure treatment with less fear of blowback from various facets of society.

“We’ve known for several years that ADA enforcement was an underutilized tool and with this guidance, DOJ is sending a strong message,” LaBelle said. “We still have too many barriers to evidence based care for people with substance use disorder. The federal government is working to remove these barriers and DOJ’s recent action will hopefully spur more action.”

“There’s a ton of discrimination out there, including in the medical system,” said Joshua Sharfstein, Johns Hopkins University’s vice dean for public health practice and community engagement.

Bias against medication use is particularly pronounced, causing complications for those seeking treatment for opioid use disorder.

“Discrimination against people taking effective medications for their addiction to opioids is all too common,” Sharfstein said. “Bias reduces use of medications and leads to more overdoses and more deaths.”

As noted in a DOJ release, the department recently leveraged the ADA in enforcement actions involving substance use and treatment.

In March, the department concluded the Indiana State Board of Nursing ran afoul of the law when it stopped a nurse from participating in a rehab program due to her use of medication to treat opioid use disorder. In February, the government sued the Unified Judicial System of Pennsylvania for violating the ADA by allegedly limiting or prohibiting court supervision program participants from using medication to help their recovery.

The guidance, Sharfstein said, “is a very effective approach by the Department of Justice to get people to realize that it’s wrong to discriminate against patients receiving high-quality addiction treatment.”

The DOJ’s announcement also comes as “part of a much broader push for federal entities to recognize the importance of addressing our mental health, inclusive of addiction, due in large to the White House’s attention to these critical issues,” said Ben Miller, president of Well Being Trust.

The ADA and the Mental Health Parity and Addiction Equality Act “are in place to guarantee that we treat mental health and substance use disorders, including opioid use disorder, with the same seriousness and attentiveness that we give other medical conditions,” Miller said.

U.S. overdose deaths are at an all time high, according to Centers for Disease Control and Prevention data. In the 12 months ending in October 2021, the predicted amount of deaths topped 105,000, the CDC found.

There’s “one glaring omission” in the DOJ’s announcement, said Ryan Hampton, an advocate and author in recovery focusing on the addiction crisis—discrimination in housing. It’s unclear why housing isn’t specifically mentioned in the document, but the DOJ can still investigate bias against people dealing with substance use issues under the ADA.

“Housing is such an important key part to sustaining long term recovery,” said Hampton, who said that spending 18 months in a recovery house “saved my life.”

Even without a specific shoutout to housing, Hampton said the DOJ announcement is still a step forward.

“It’s long past time that the Justice Department recognized that access to recovery is a civil rights issue for millions of Americans,” Hampton said.

To contact the reporter on this story: Ian Lopez in Washington at ilopez@bloomberglaw.com

To contact the editor responsible for this story: Fawn Johnson at fjohnson@bloombergindustry.com