Overdose Deaths Have Surged During the Pandemic, C.D.C. Data Shows 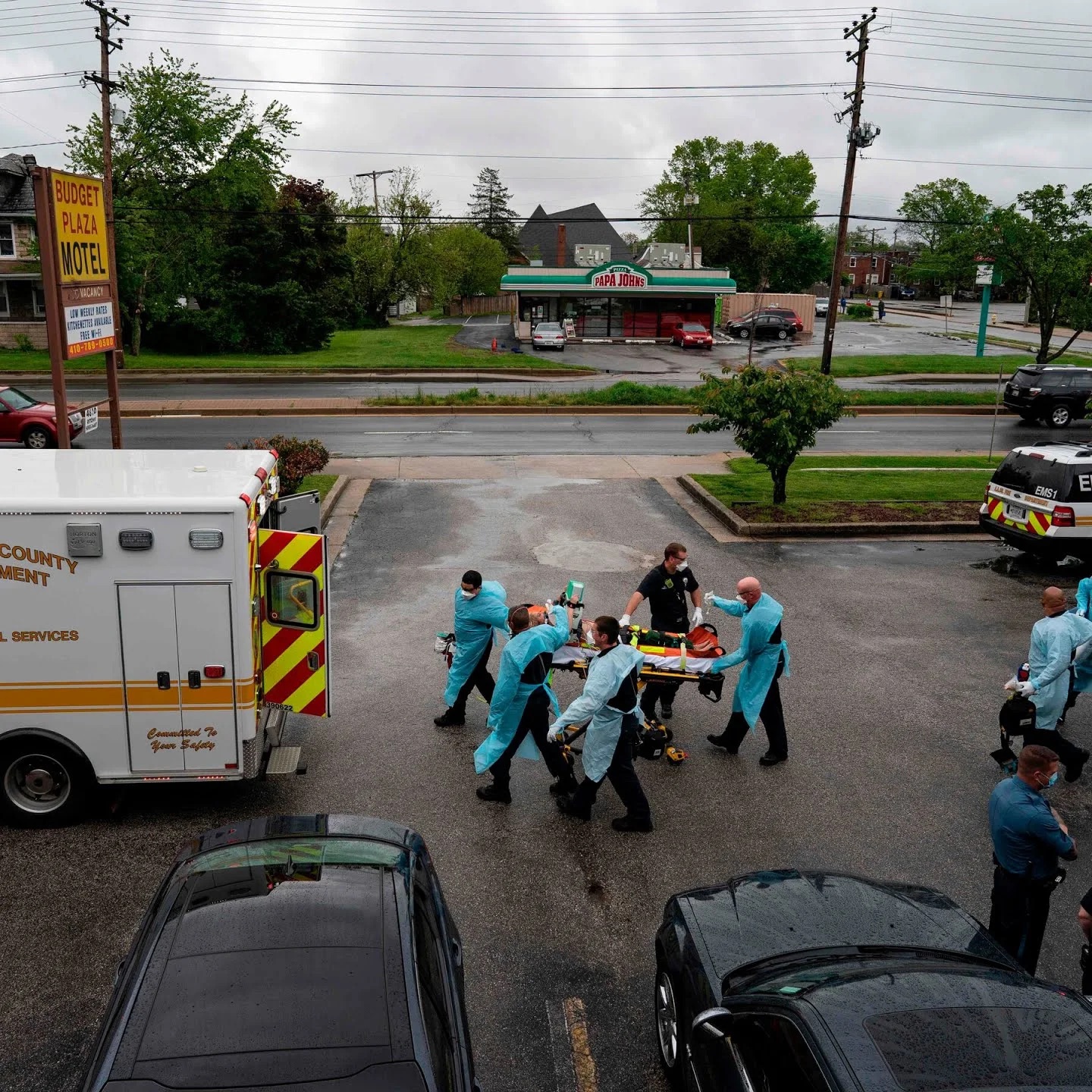 The latest numbers surpass even the yearly tolls during the height of the opioid epidemic and mark a reversal of progress against addiction in recent years.

WASHINGTON — More than 87,000 Americans died of drug overdoses over the 12-month period that ended in September, according to preliminary federal data, eclipsing the toll from any year since the opioid epidemic began in the 1990s.

The surge represents an increasingly urgent public health crisis, one that has drawn less attention and fewer resources while the nation has battled the coronavirus pandemic.

Deaths from overdoses started rising again in the months leading up to the coronavirus pandemic — after dropping slightly in 2018 for the first time in decades — and it is hard to gauge just how closely the two phenomena are linked. But the pandemic unquestionably exacerbated the trend, which grew much worse last spring: The biggest jump in overdose deaths took place in April and May, when fear and stress were rampant, job losses were multiplying and the strictest lockdown measures were in effect.

Many treatment programs closed during that time, at least temporarily, and “drop-in centers” that provide support, clean syringes and naloxone, the lifesaving medication that reverses overdoses, cut back services that in many cases have yet to be fully restored.

The preliminary data released Wednesday by the Centers for Disease Control and Prevention show a 29 percent rise in overdose deaths from October 2019 through September 2020 — the most recent data available — compared with the previous 12-month period. Illicitly manufactured fentanyl and other synthetic opioids were the primary drivers, although many fatal overdoses have also involved stimulant drugs, particularly methamphetamine.

And unlike in the early years of the opioid epidemic, when deaths were largely among white Americans in rural and suburban areas, the current crisis is affecting Black Americans disproportionately.

“The highest increase in mortality from opioids, predominantly driven by fentanyl, is now among Black Americans,” Dr. Nora Volkow, the director of the National Institute on Drug Abuse, said at a national addiction conference last week. “And when you look at mortality from methamphetamine, it’s chilling to realize that the risk of dying from methamphetamine overdose is 12-fold higher among American Indians and Alaskan Natives than other groups.”

Dr. Volkow added that more deaths than ever involved drug combinations, typically of fentanyl or heroin with stimulants.

“Dealers are lacing these non-opioid drugs with cheaper, yet potent, opioids to make a larger profit,” she said. “Someone who’s addicted to a stimulant drug like cocaine or methamphetamine is not tolerant to opioids, which means they are going to be at high risk of overdose if they get a stimulant drug that’s laced with an opioid like fentanyl.”

The surging death rate eclipses modest gains made during President Trump’s term against the nation’s entrenched addiction epidemic. During his administration, several billion dollars in grants to states allowed more drug users to get access to the three F.D.A.-approved medications for opioid addiction — methadone, buprenorphine and naltrexone — that work by suppressing cravings and symptoms of withdrawal. Naloxone, the overdose-reversing drug that has saved thousands of lives, also became widely distributed.

Brendan Saloner, an associate professor at the Johns Hopkins School of Public Health who studies access to addiction treatment, said surveys that he and a colleague, Susan Sherman, conducted of drug users and people in treatment in 11 states during the pandemic found that many had used drugs more often during that time — and used them alone more often, likely because of lockdowns and social distancing. Well over half the participants also said the drugs they used had been cut or mixed more than usual, another red flag.

“The data points corroborate something I believe, which is that people who were already using drugs started using in ways that were higher risk — especially using alone and from a less reliable supply,” Dr. Saloner said.

Although President Biden has yet to appoint a permanent “drug czar,” his Office of National Drug Control Policy released an outline last week of its priorities for addressing the addiction and overdose epidemic. They include measures the Trump administration also embraced, like expanding access to medication treatment for opioid addiction, but diverged from the Trump agenda by pledging to address “systemic inequities” in prevention, treatment and recovery.

And although the Biden plan embraced medications for addiction, shortly after his inauguration, Mr. Biden reversed a move by the Trump administration that would have made it easier for doctors to prescribe buprenorphine, a lifesaving anti-craving medication, for opioid addiction.

Members of the new administration said at the time that the plan was not legally sound, but one of the priorities listed in the new document is to “remove unnecessary barriers to prescribing buprenorphine.”

On Tuesday, several dozen organizations that work on addiction and other health issues asked Mr. Biden’s health and human services secretary, Xavier Becerra, to “act with urgency” and eliminate the rule that doctors go through a day of training before getting federal permission to prescribe buprenorphine. Many addiction experts are also calling for abolishing rules that had already been relaxed during the pandemic so that patients don’t have to come to clinics or doctors’ offices for addiction medications.

Although many programs offering treatment, naloxone and other services for drug users have reopened at least partly as the pandemic has dragged on, many others remain closed or severely curtailed, particularly if they operated on a shoestring budget to begin with.

Sara Glick, an assistant professor of medicine at the University of Washington, said a survey of about 30 syringe exchange programs that she conducted last spring found that many closed temporarily early in the pandemic. After reopening, she said, many programs cut back services or the number of people they could help.

“With health departments spending so much on Covid, some programs have really had to cut their budgets,” she said. “That can mean seeing fewer participants, or pausing their H.I.V. and hepatitis C testing.”

At the same time, increases in H.I.V. cases have been reported in several areas of the country with heavy injection drug use, including two cities in West Virginia, Charleston and Huntington, and Boston. West Virginia’s legislature passed a law last week placing new restrictions on syringe exchange programs, which advocates of the programs said would force many to close.

Mr. Biden’s American Rescue Plan Act includes $1.5 billion for the prevention and treatment of substance use disorders, as well as $30 million in funding for local services that benefit people with addiction, including syringe exchange programs. The latter is significant because while federal funds still largely cannot be spent on syringes for people who use drugs, the restriction does not apply to money from the stimulus package, according to the Office of Drug Control Policy. Last week, the administration announced that federal funding could now be used to buy rapid fentanyl test strips, which can be used to check whether drugs have been mixed or cut with fentanyl.

Fentanyl or its analogues have increasingly been detected in counterfeit pills being sold illegally as prescription opioids or benzodiazepines — sedatives like Xanax that are used as anti-anxiety medications — and particularly in meth.

Northeastern states that had been hit hardest by opioid deaths in recent years saw some of the smallest increases in deaths in the first half of the pandemic year, with the exception of Maine. The hardest-hit states included West Virginia and Kentucky, which have long ranked at the top in overdose deaths, but also western states like California and Arizona and southern ones like Louisiana, South Carolina and Tennessee.